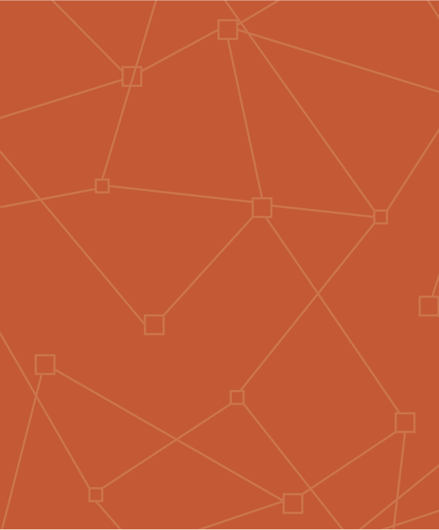 To be more specific this is a Preference Setting update that focuses on the Global Shear Plate and Single Angle Placement.

Qnect’s technical team has again released a very useful and smart tool to use when setting up Preferences. We had feedback from our customers that this would be extremely useful. After setting up, we shared with these customers and all agree that this update will help them save time and put their focus on other areas of the project. What do you think? If you’d like to see this in action on one of your projects, please contact us. Need to know more? Watch this video and read the transcript with screenshots below. So what we're going to see here is beams with an angle less than or equal to 45 degrees from the global x axis will be treated as a horizontal placement. When we talk horizontal or vertical we're looking at a project or plan North versus a true north so the north will always be on the top of a plan view as if you're looking at a map.

So that being said the next one is going to be beams with angles of greater than 45 degrees from the global x axis. We would treat those as vertical locations. We've added this global approach to locate the shear plate and single angle placement as most of our users have requested this functionality. You will be able to find it in the fabricators detailing preferences 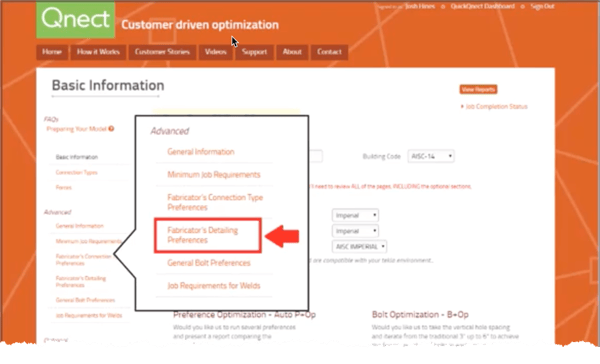 it's all the way at the bottom and you'll have two pull down windows.  That first pulldown window so this is the project or plan north treated as the horizontal.

As you can see on the screen to the right 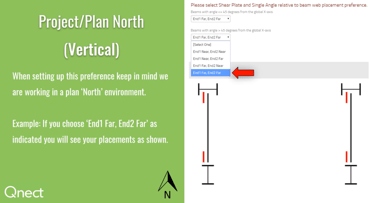 notice the shear plate locations would be on the north end if you are in a project or plan north. You can also see the North arrow at the bottom middle portion of this screen. So when setting up this preference keep in mind we are working in that plan north. So if you choose End 1 Far End2 Far as indicated you will see your placements as shown. Now if you were to actually select End 1 Near End2 Near.

As you see these shear plates (2:15 screen shot) they would be flipped to the opposite sides. We really are able to do an entire global approach for horizontal and vertical. 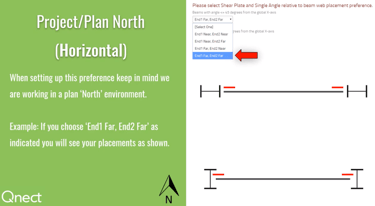 Let's look at these vertical. Same thing - when setting up the preference keep in mind the plan north and then if you again End 1 Far End 2 Far as indicated this is what it's going to look like for that vertical approach that second pulldown window.

Now this is gonna be very very important - we still have model preparation to take care of so even though we have a global approach do not forget that you will still need to prep the model for the placements that will not work with that global preference. You know so in the example 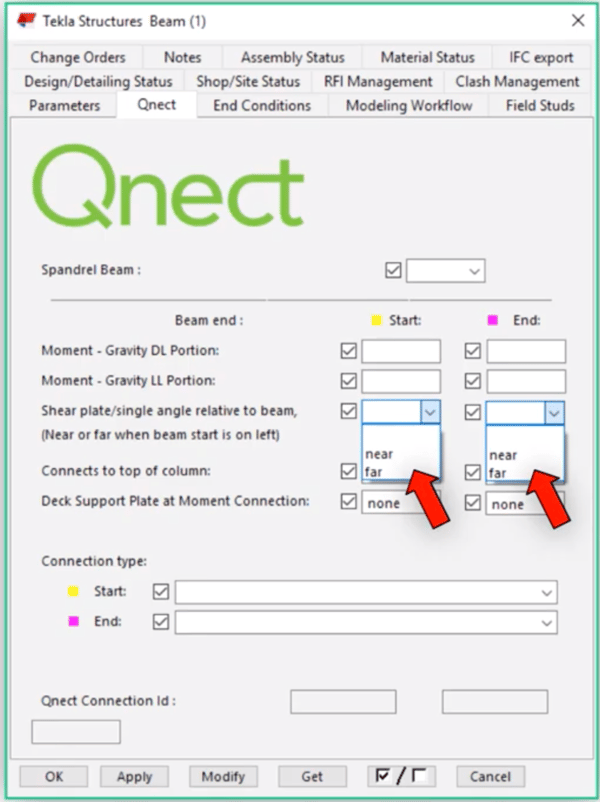 you can see where that is if you're going to override something from a model aspect so if you have it in the model it's going to supersede that global preference. And you know this this will definitely happen on every project. You know if you have from the horizontal portion of things if you have your shear plates on the north end on the upper portion of the page and you are at the exterior also at the North portion of that building what's going to happen is those shear plates are going to be on the outside of your beam. I would imagine most of you from an erection standpoint would want those on the inside portion of that beam. So instead of “far” you're gonna want both of those on the “near” side and that's where you would prep it in the model. 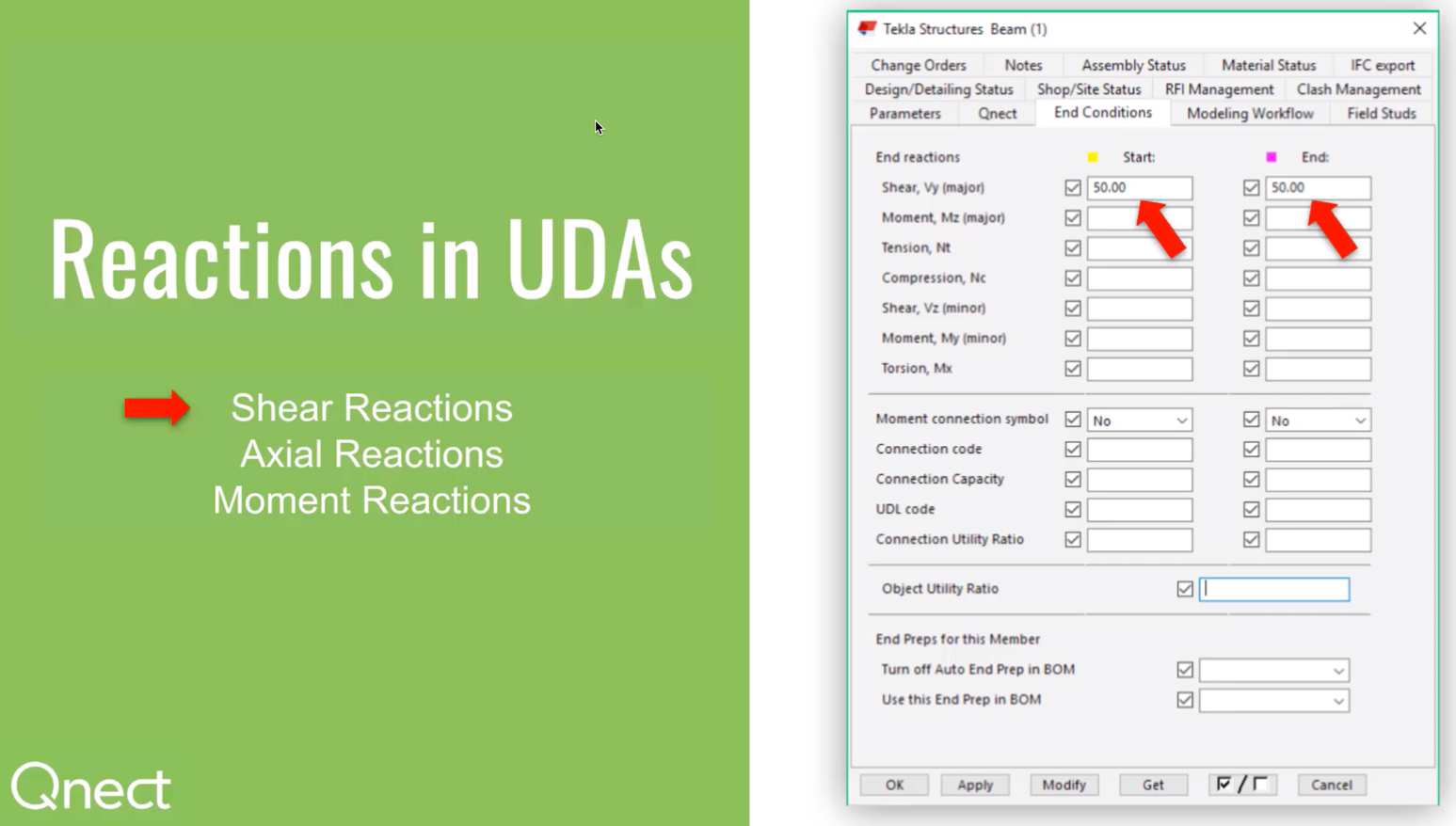 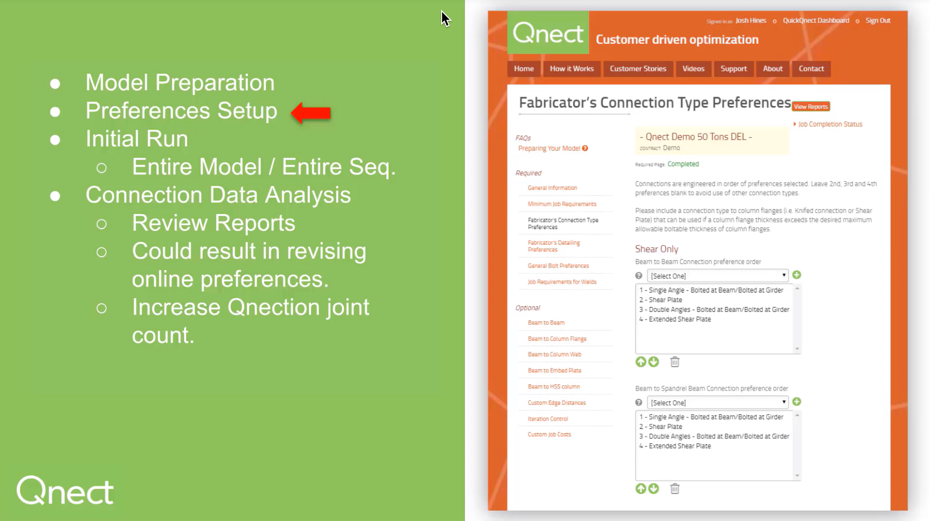