Tech Tuesday: ROI for the Fabricator

Last week, we posted about ROI for the Detailer. This week, our post focuses on the Fabricator. Now, some structural steel fabricators will detail in house 100% of the time, some 0% of the time and the majority fall some where in between. Yeah, that's a wide range but that's the industry today. There is a short video here and below is the transcript with some screen shots pulled so you can read along or read alone. Now let's jump into fabricator. Like I said before, (view the previous blog post on "ROI for the Detailer") that's the detailer aspect of things you know. Think about how that really applies to your category as well. There's speed; there’s schedule with all of that. But really think about what that does for you.

So now that we're with the fabricator you can see that bolt reduction and hole reduction are the next two items. They kind of go together you know. So bolt reduction and hole reduction - what is that really? Well for us at Qnect, we have the ability to adjust the vertical spacing in a connection. So typical or standard connection that we've been used to over the years is a three inch vertical spacing; well with a lot of the automated equipment out there now. Why not adjust that spacing? We're not manually laying these holes out. So why not adjust that spacing and reduce 20 to 50 percent of your bolts on a project? Who wouldn't want that?

What erector is going to say, “I don't want to do that”?

You know their bolt-up gang is gonna come through and in this case it looks like it went from 12 to 6 you know their bolt-up crew is gonna come through and they only have to have stuff half the bolts. At the same time the inspection only has to be half of those bolts and we'll get into that next. Like I said typical reduction 20 to 50% of the bolts. 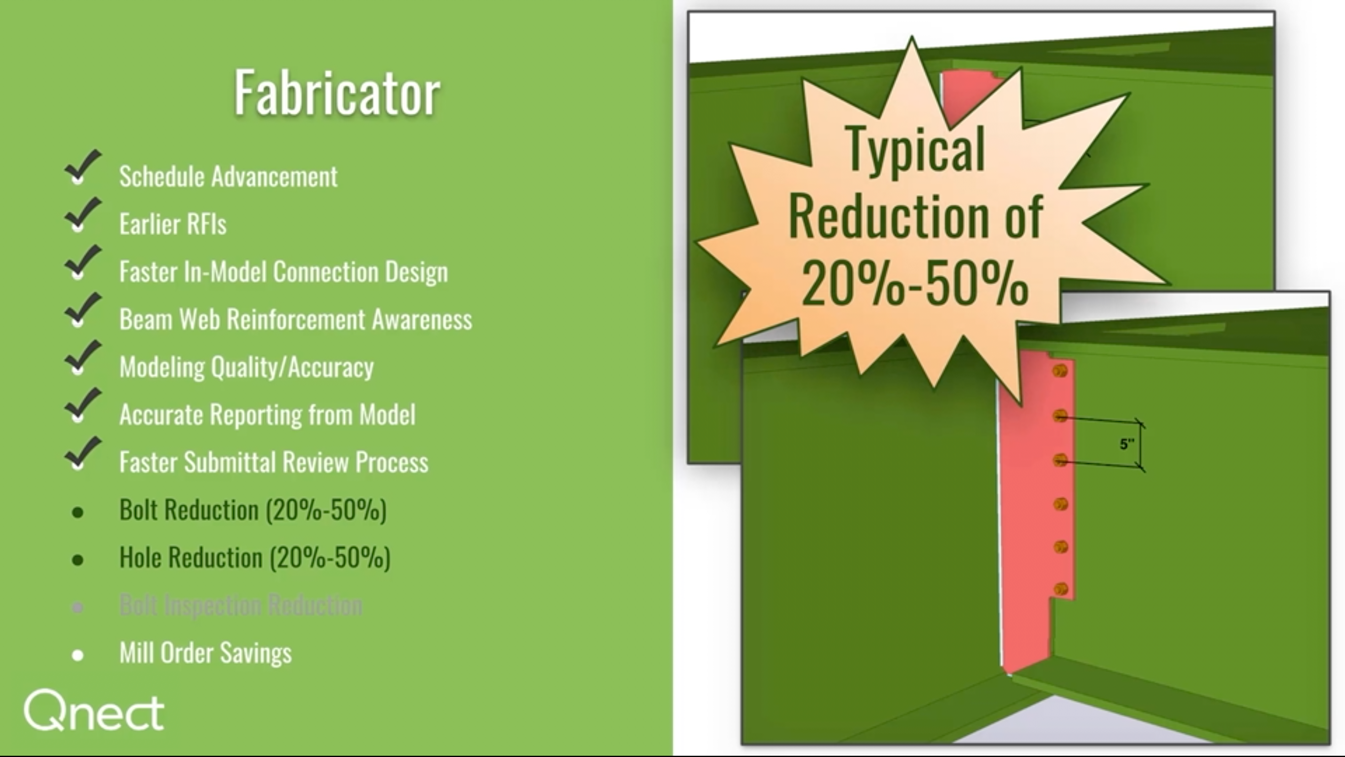 Now let's look into mill order savings. At a fabricator level you know if you're doing whether it's an initial run or you know some very early runs to really yield as many Qnect connections in the model that you can - typically 60 to 80 of those connections - imagine before you order anything mill direct you have exact lengths for those members. Right? So those exact lengths which we've seen they definitely have potential for price lock with the mill direct orders. If you have exact lengths and tonnage you're not gonna be going back and adjusting that and they're not worried about you know about not price locking for you at that point. Also lower tonnage just in general right so when you order you're ordering off of a lower tonnage you have potential of saving some money there. 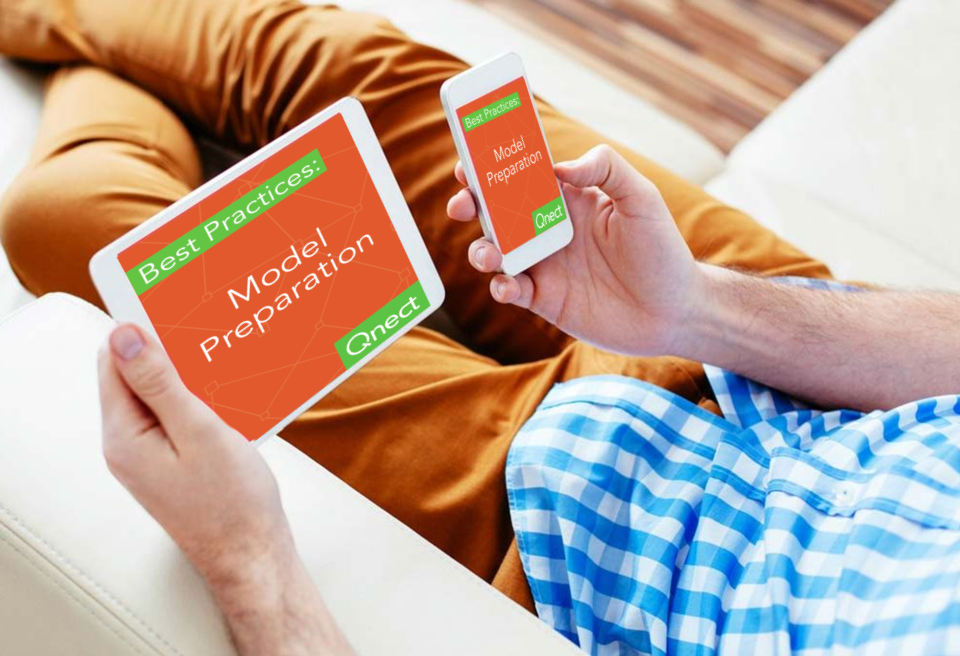